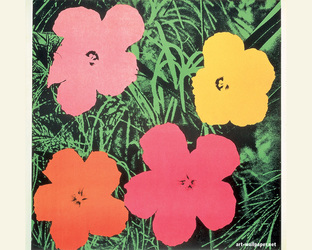 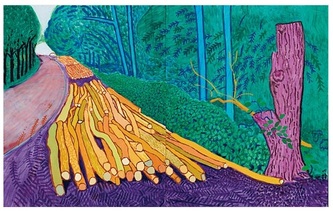 "Ways of Seeing" by John Berger, Viking (Pengiun Group) Based on the original, highly successful BBC television series of the same name, Berger created a masterpiece in 1972 by digesting complex ideas about image reproduction and popular culture, bringing theory to the masses with “Ways of Seeing.” He covers subjects including imagery in advertising, the notion of originality, and subjectivity in perception. While others have gone into greater depth with many of the topics he covers, Berger’s opus is a must-have for its succinct mastery and impressive compilation of complex theory.

“Art History: 4th Edition” by Marilyn Stokstad and Michael W. Cothren, Pearson While the art history textbook market has long been dominated by Gardner’s “Art Through the Ages” (now in its 13th edition) and “Janson’s History of Art: The Western Tradition” (in its 8th edition), a shift has been occurring in academia towards the use of Marilyn Stokstad and Michael W. Cothren’s more recent, more student-friendly, inclusive, and participatory textbook “Art History.” Just as big, but not as costly as its ugly stepsisters, “Art History” strives to be more than just a survey, with engaging diagrams, materials, and methodological explanations, online complimentary software, and a decent revision to the art historical timeline which makes it more diverse. In addition, in comparison to Gardner’s tiny reproductions, Stokstad and Cothren are not skimping on the image quality and size, so the textbook is as good a visual resource for artists as it is a textual one.

"Art and Illusion: A Study in the Psychology of Pictorial Representation" by E.H. Gombrich, Princeton University Press A classic (it was published in 1960) if one is seeking knowledge on the contentious merger of the sciences and humanities, Gombrich uses Leonardo, Rembrandt, and Ancient Greece as examples in the history of picture making and perception. His approach is a uniquely rationalistic one, and still a refreshing take on the subject.

"Art in Theory: 1900 – 2000: An Anthology of Changing Ideas, 2nd Edition" Edited by Charles Harrison and Dr. Paul J. Wood, Wiley One of the most widely used anthologies of art theory texts, and significant for offering a heaping helping of primary resources. The newly revised edition, updated to include the ‘90s, has essays ordered by art historical movements, including writing by Georges Braque, Pablo Picasso, Giorgio de Chirico, Marcel Duchamp, Mark Rothko, Francis Bacon, and many more. Like, many, many more. It’s big — but don’t let it intimidate you.

"Anatomy: A Complete Guide for Artists" by Joseph Sheppard, Dover Publications Every artist, whether interested in performance or painting, should arguably have a basic grasp of drawing — if not for the basic understanding of the human form in space, then for useful knowledge of composition and light. This is by far one of the most user-friendly and complete guides for artists of any medium to use in their studies. Take my word from having used this book myself.

“A Life of Picasso: The Cubist Rebel, 1907-1916” by John Richardson, Random House John Richardson is the Robert Caro of artist biographers. Pablo Picasso is surely a colossal figure in the realm of history, and Richardson manages to dissect his life into a generous three-volume epic. As far as artist biographies go, this is the one to own, cherish, and study the hell out of. Not only does it detail Picasso’s life and work, but it also captures the era in which he lived, the movements he helped create, and his complicated relationships with contemporaries like Braque and Apollinaire. The second volume is the one we have picked out here, specifically for its great detail about his relationships with other artists of the time, but the other two (“The Prodigy 1881-1906” and “The Triumphant Years 1917-1932”) are also worth owning. Picasso changed history, and the modern day art world wouldn’t be what it is without him.

Information here is gathered from http://www.blouinartinfo.com/

remember: Visit some exhibitions to develop your understanding of art!